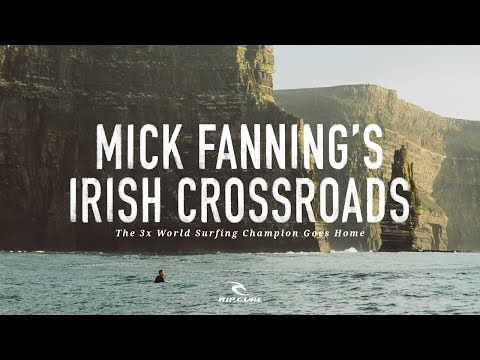 Filmed and edit by Nick Pollet extreme sports videos. Additional filming by Taylor Paul. For the past two decades, Mick Fanning has collected homes all over the world returning to the same places, the same towns, the same waves, each year on the World Tour. Making friends. Becoming family. But one place has always held a special place for Mick, and it’s a place that the World Tour didn’t take him to. Ireland. Ireland is where Mick’s family is from a modest town in the north is where his dad was raised. And it’s where he feels his roots.