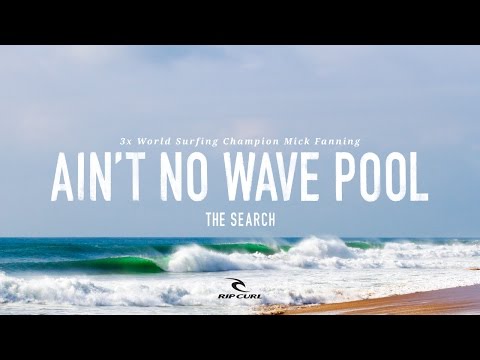 Ain’t No Wave Pool – Mick Fanning on The Search by Rip Curl surf extreme sports videos – What if I told you there was an unknown sand-bottom right that is five kilometres long, breaks 20 metres off the beach, holds six foot of swell and has only been surfed by four people on the entire planet?  Would you believe me? What if Mick Fanning was one of those surfers, and he told you that this wave had him hauling ass like an F1 fighter pilot, Would you believe him? This ain’t no fargin wave pool! This is the real world.